A Fairgrounds kind of day

I remember how, in the mid-1950’s, the Mid Ohio Sports Car Club would rent the dirt track at the Canfield Fairgrounds and my mother would so enjoy driving around it in her TD. The Latimore Valley Fairgrounds is a throwback to that era, especially being home to the Eastern Racing Museum. The museum features the dirt track racers and Sprint Cars that used to be so popular with the weekend racer-built it yourself crowd. 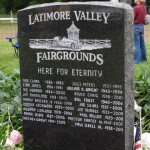 The show was sponsored by the Gettysburg chapter of the AACA; they had invited some local British car clubs to attend and be in a special featured class. 30 cars took them up on the offer, and there was a nice variety, including the wood-chassis Marcos I  had seen the previous Sunday at Lilypons, a Jenson, a V-12 E-Type, a Cobra, our SP250, a Lotus Elan, Gene’s earlier E-Type, and a nice group of Triumphs, Austin Healeys and MGs. 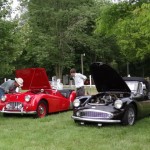 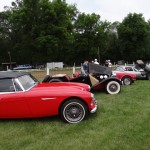 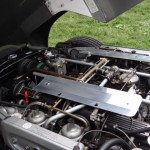 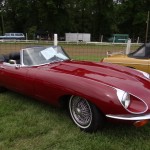 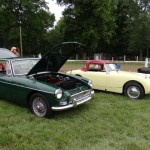 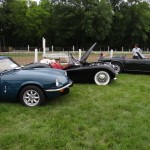 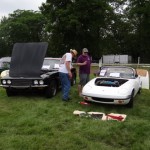 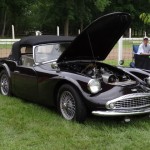 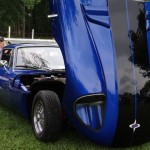 As would be expected at an AACA show, there were some wonderful examples of the early years of the domestic car industry (trucks too). 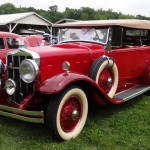 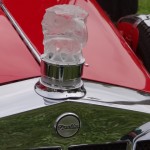 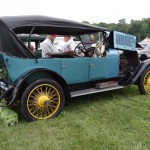 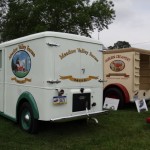 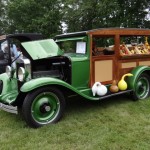 The brown truck (above right) was electric. 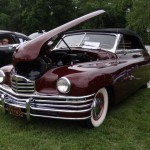 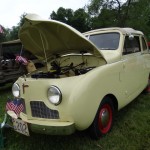 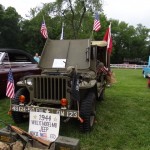 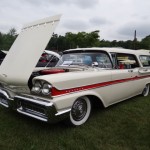 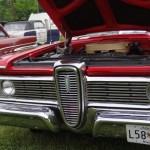 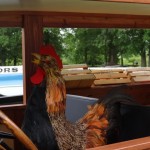 The organizers were nice enough to give a participation trophy to every British car owner as a thank you for attending. So, a pleasant 60 mile trip back home on back roads and another event in the memory bank.

This entry was posted in BRRTA Drives & Events, Cars. Bookmark the permalink.